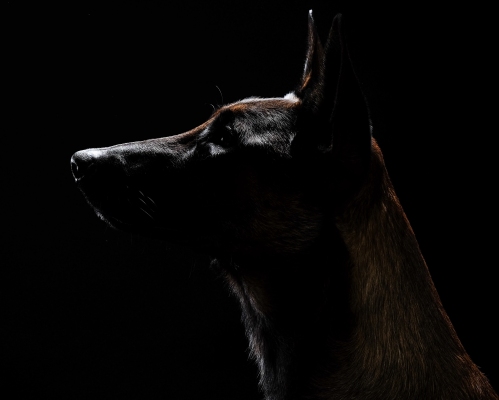 This is first and foremost a blog about my dogs, but I need to run. I also need somewhere to talk about my running, so this is going to be the place. I can barely post here regularly, so there’s just no way I could manage to keep up two blogs. Besides, my running partner is Ender, so it’s totally dog related.

Anyway, I’ve got the shoes. I’ve got the trails. I’ve got the hydration packs and all the shenanigans. I just don’t have the confidence. I’ve joined a trail and ultra running page on Facebook for some moral support, and they’re pretty great. I’ve had bad knees my entire life, with my first patellar subluxation when I was 11. It’s pretty much gone downhill since. Years ago I was crashed into by two Boxers at a park and had a full dislocation and fractured my tibial plateau. I was told my running days were over by my doctor.

But I just can’t stop. I need something else. Dog training is pretty much my life, but it comes with stresses. I need another outlet. I need to run a marathon. I MUST do this. I need to accomplish something on my own. Sure, I’ll have the support of others. But I need to do this for me, and I want to do it mostly alone. Like I said, my running partner is Ender.

We’ll see if I can get up tomorrow and run a mile. This heat is killing me. It’s the worst. It gives me migraines. But I just need to work through it now, and early in the morning, when it’s just not as hot outside. Starting slow, but consistently!

I decided to completely change the way this website looks. I don’t know if I like it or not. We’ll see.

Summer is ending (although it doesn’t quite feel like it) and I’m getting out more with the dogs. Now is the time for hikes and camping trips! To spice things up, I got Ender a Ruffwear Approach Dog Pack and could not even be happier. The thing is just awesome. So well made, and Ender hasn’t even noticed he’s wearing it. He’s getting pretty used to footing in mountainous areas, so I think it’s time to get off the local trails and try something harder. If we weren’t in the most ridiculous drought ever, I’d be hoping for some streams. The dog just loves water. Conan is a veteran at hiking, and even climbing some rocks doesn’t seem to phase him. I have no doubt that he’ll keep up with Ender just fine, even as he ages. I’ve got some outdoor loving pups, what can I say! I start them early.

The next purchase will totally, hopefully be a GoPro. I cannot even wait to start really taking awesome videos of the dogs, especially when we’re outdoors. We used my friends today doing some rock climbing (sans dogs) and it’s just rad. The only other time I’ve used one is with my cousin doing some trail roading in her Baja. I can’t get myself to say “off-roading.” I’m just not that white. I know I look it, but the Mexican underneath my white skin (genetically there, I promise) keeps me from being totally uncultured.

Anyway, it’s about time I post something. I’ve been spending a lot of money on grooming equipment and learning how to groom Corgis for show, so I can hopefully assist my Corgi mentor in some future specialty shows. He even mentioned me going to the Westminster. Stoooooooooked.

PS. Ender’s heeling is ON POINT. It’s not perfect, of course, because we’ve just started. But hot damn it’s going to be good, so long as I take it slow. Patience is a virtue, right!?

I’m often asked what I feed my dogs, and that doesn’t always generate from the raw vs. kibble idea. Most of the time, it’s from people who know I feed raw wanting to know what, exactly, I feed. Most raw feeders choose a variety of meats and goodies, and I’m no different. I feel whatever I have thawed at the time, and I’ll buy anything! I have the opportunity to but chicken backs for 17¢/lb., so that’s always the base of raw meaty bones because the price is just too good. But the rest changes constantly! Below I’ve got an image to show you a few meals with the different protein sources I feed.

All of my meals are supplemented with salmon or pollock oil, vitamin E, and diatomaceous earth. So go buy some meat, put it in a bowl, and let your dogs enjoy!

I entered Conan this weekend at the Queen Mary shows for his Novice A title. It was two days and two legs. We came in third place both days, with a score of 182 and 191 respectively. His performance wasn’t largely different, so I’m thinking the first judge was tough. Everyone did much better today, with the top three being 193, 192, and Conan and me at 191! We go again for our third leg on July 4th. Hopefully we’ll make the title! There were seven dogs entered yesterday and six today, so I’m pretty pleased with his performance. Here’s today’s video:

Ender is 10 months old now and has improved so much in his tracking. He’s always been great on dirt but for a while he was way too amped on grass. I think he just instantly went into drive because he’s always done obedience on grass. Needless to say, his grass tracking is super now. Not perfect of course, as he’s still a baby, but I’m not complaining! And Annie is right – he’s really a tracker!

Super day for all my dogs today. Ender is Ender, so he’s doing great.

Conan was really amped in obedience, and even though his position was off, his attitude was perfect so I took it. Normally I’d be mortified with the heeling he did today, but it’s interesting how you take things in pieces and work to get the big picture. Just proof that I teach focused heeling in a million little steps and merge them all together.

Danni was “attacked” by another dog on our walk tonight. Wrong place at the wrong time and I really don’t blame the other owner at all. She opened her door to walk in her house and her little terrier just rushed at us. He didn’t bite, and his owner was right on him. I’ve never been so happy with an owner in this scenario before. But I’d also never been happier with Danni. I hung her up, because she’s aggressive and will kill that dog. As soon as his owner had him I told her “easy,” and tried to react a tiny bit and with one correction and a “leave it” it was like nothing had ever happened. This is a dog that has dislocated my knee trying to fight another dog and has also seriously injured another. She only fights when attacked, but she’s extremely reactive and was nearly impossible to get under control and settled even hours after the incident. She has come an incredibly long way. I’m still surprised at how easy the whole thing was!

Ender’s first event was a conformation show. I entered him in the 9-12 month puppy class yesterday and today at the Mission Circuit. He took BOB & WD both days. It was both out first times in the show ring. Sure, there weren’t any other entries, but both judges commented on his temperament and how friendly and exuberant he was. They probably don’t see a working Malinois often, and they probably see a stable Malinois even less. It was tons of fun, and I can’t wait to do it again!

Conan’s obedience class wasn’t offered, so he got this year off. But we’ll be entered soon for upcoming shows!

I just entered Ender in a dog show. For conformation. He’s likely the only Malinois, so I really have no idea why I entered him. But I’m going to try and get all three leg’s of Conan’s BN done so what the hell!

You’ll see us all competing at the Mission Circuit in a month!!

So I decided that since IPO is not where Danni belongs, we’d give French Ring a try. I think the constant stimulation in the sport both in training and in trial will be better for her. She really just can’t focus on a specific task for an extended period…and all of the exercises in French Ring are relatively short compared to those in IPO.

Needless to say, we met up with a ringsport friend of ours to introduce her to the suit. She did great! Far better than I expected. We started straight off with a leg sleeve and moved to the pants (she wasn’t quite ready for the pants, as she still doesn’t quite understand to bite the equipment if you only have pants on…haha). I think with a little training TLC she’ll be able to get a Brevet. Maybe a FR1, if she can decide she likes to jump. Since the jumps aren’t pointed as significantly as they are in IPO, I think we still might be able to pass.

It’s too early to tell, but why not just try? It gets her out of the house. Ender had his fun on the leg sleeve as well. Super thanks to everyone involved, and Annie for the stellar photos. It was a great training day that differed from our normal routine and was fun to meet new people and try some new things!